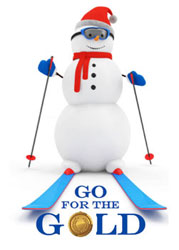 Go for the Gold!  Our Adult Winter Reading Program is in full swing.  The program runs through February 25.  Read three books and review the three books on the entry form.  Drop off the form at the 2nd floor Reference Desk or submit online, then pick up your free book.  We'll be posting some of the reviews from our readers here on the blog.

Here are some reviews from our readers 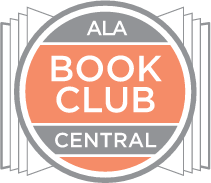 The American Library Association announced a new resource for book club members or those who would like to start a book club.  Actress Sarah Jessica Parker is the honorary chair for Book Club Central.  The site provides author interviews, book recommendations and reviews, and discussion questions.  Thre is also information on how to start and moderate a club.  Sign up to get email notices of Book Club Central reviews, author interviews, and SJP Picks.  Book Club Central is also on Facebook, Twitter and Instagram.  First SJP Pick is "No One is Coming to Save Us" by Stephanie Powell Watts.

This book is the followup to Luis Carlos Montalvan's bestseller, Until Tuesday.  In that book Montalvan, a captain in the U.S. Army who served in Iraq, shared his struggles with PTSD and how Tuesday, a golden retriever, came into his life.  Tuesday's Promise, continues the story of their amazing bond and how service dogs have helped veterans, soldiers and other individuals with disabililites.  The two of them have traveled throughout the United States spreading their message.  Tragically, just before this book went to press, Montalvan took his life.  To hear this is a shock since in one of the book's chapters he reflected on Tuesday's aging and what that would mean for both of them. Luis wrote "most likely I will outlive Tuesday."  He talked about the Rainbow Bridge, where pets wait for their owners to join them.  This time it would be Luis waiting for Tuesday.  In the next chapter, he tells the reader that the process of acquiring a new dog, Promise has been started.  An afterword in the book lets readers know that Tuesday is living with the individual who trained him for Luis and who had also been training his new dog, Promise.  A powerful read.

All NASCAR fans should pick up Jeff Gordon's biography, "Jeff Gordon: his dream drive & destiny."  Not only a great read, but also full of color photos of Jeff's life from a kid starting out as a midget driver to his retirement in 2015.  This reader wasn't aware that his stepfather started him in racing at the age of 5.  Eventually he was outracing kids twice his age and parents were accusing his parents of rigging his race vehicle.  Readers follow Jeff on his journey from California to Indiana, sprint cars to stock cars, Davis Racing to Hendrick Racing.  A chapter is also devoted to his charity work.  Readers don't just see Jeff Gordon, the racer, but also Jeff Gordon, the person.  Recommended read.

In 1940, the men of Chilbury head off to the war and the vicar's edict is that the "village choir is to close."  Prim, a professor of music, insists that the choir reform as a ladies' choir.  The community finds this scandalous, but there other things going on in the community that town folk focus on.  There is the brigadier who hires a midwife to swap his baby girl for a boy and his daughter has an interest in an mysterious artist who comes to town.  Lives are further changed after a bomb hits the community.  The author, Jennifer Ryan, tells the story in the form of diaries and letters in the voices of the female characters.  The Chilbury Ladies' Choir is recommended by a staff member and will be available in February, so place a hold to get your copy.